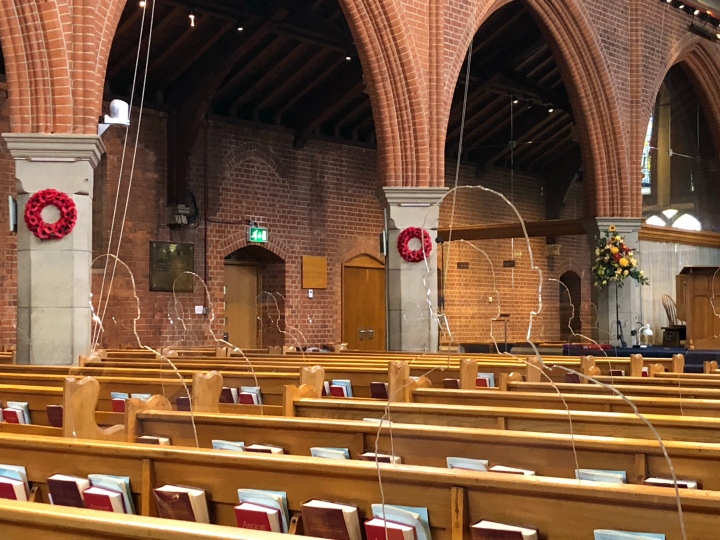 It was a routinely normal day as I got the children ready for school and headed off. Once parked up, we had our usual chat and prayed together before going to the school gate. There were hugs and then both Anna and Luke walked in with smiles and confidence into school. But they carried with themselves something else that is often unspoken of and yet their lives would look very different without this element: freedom.

Freedom is something that many of us in western culture take for granted. We assume it has been around and always will be. But as Remembrance Sunday approaches and more and more red poppy symbols come out, I am reminded that the simple day-to-day activities I do, are only made possible because previous generations believed in preserving freedom, proving their loyalty and beliefs by fighting for it.

This week, I popped in to our local Emmanuel Church Northwood which has displayed a wonderful installation called There But Not There of 76 clear silhouettes to represent those who gave their lives for freedom, 41 of them from this parish who died in World War 2. Seeing a visual display is always so powerful to understanding the amount of sacrifice that was laid down. I wanted to write a letter of thank you but couldn’t decide on which one to address, so I chose six different individuals:

Where shall I even start? I am humbled to think about your lives and how you put yourselves into a communal cause much greater than your individuality. Had you been alive today, you would have been in your 90’s and would have seen three generations go by.

I wonder who you left behind? Wives, girlfriends, mothers, fathers, sisters, brothers, daughters, sons, and friends whose lives were forever altered and changed without you in it.

You have missed seven decades, and yet you haven’t aged at all. Your legacy is the freedom we experience today and it cost your lives. With tremendous respect and a heartfelt bittersweetness, I thank you for serving your community and country and all the generations of people after you so well. You were a special generation of extraordinary people and no one will be able to replace your memory.

Which people are you thankful for at this Remembrance Day? And what freedoms are you especially thankful for? 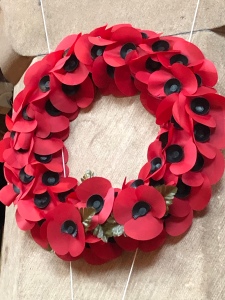 2 thoughts on “Remembering The Cost Of Freedom”